You may have been wondering “What the heck is this guy doing?”

For the past several weeks, wearing a vintage gas mask and my finest ‘weddings, funerals, and protests’ suit, I’ve been peppering Ottawa’s poster collars with dystopian messages and peddling up and down the city’s streets in an act of art, performance, and protest. And why? 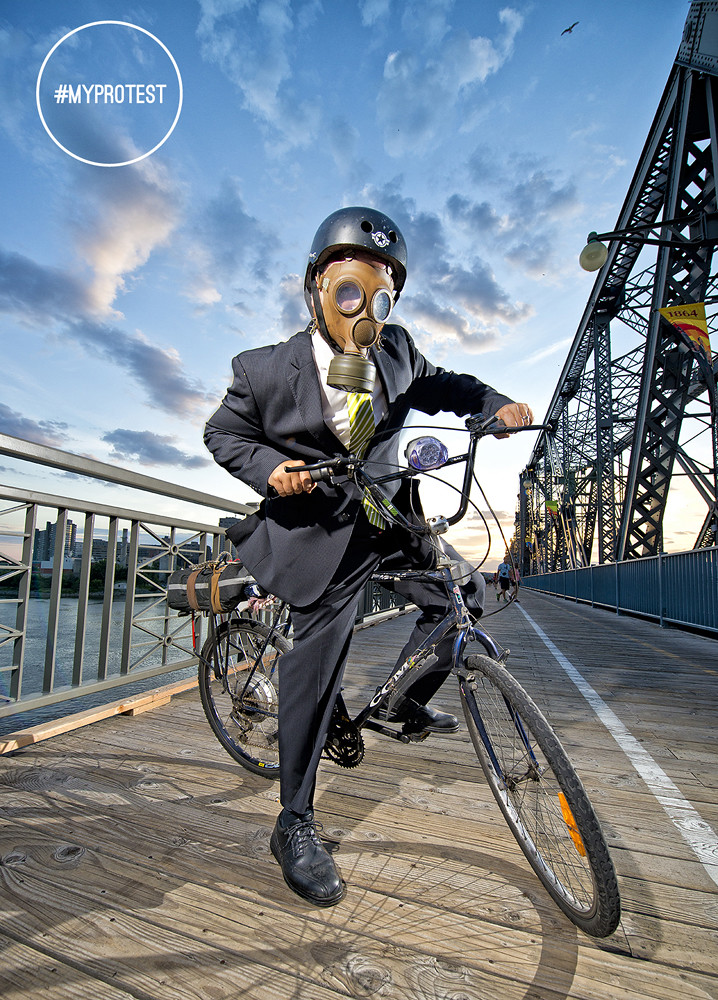 Because I could no longer stand idly while so many problems that need addressing simply become ‘the standard’ in our society. For example, much of the food we eat has been genetically modified or processed beyond any sort of natural substance. So where are the GMO/Monsanto labels most of us want? The planet, and all of us with it, is choking on the effects of fossil fuel extraction all the while cleaner and renewable energy technologies exist. What’s taking so long to shift? And we’re drowning in a never-ending supply of cheap, disposable, made-in-China crap. For what? 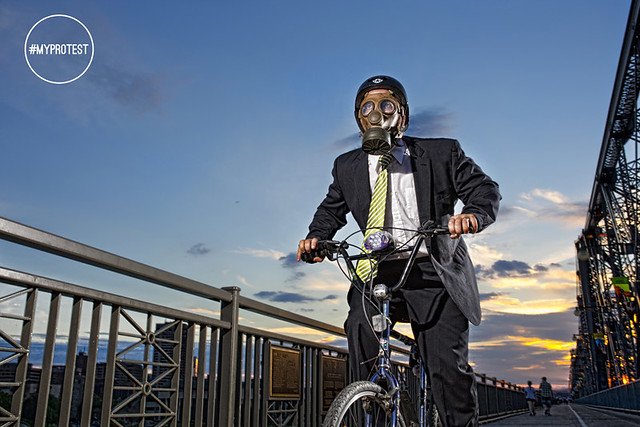 Is this what we call progress? In this seemingly advanced world we live in, the gap between the rich and the poor is widening, not narrowing and while some have more money than they can possibly fathom, others don’t have enough for the most basic of necessities. And that really fuckin’ sucks. Also in the ‘sucking’ category is the fact that the Canadian middle class is getting financially squeezed, leaving families and students saddled with unprecedented debt and devolving job prospects. Price gouging at gas pumps had been the standard only until very recently. And there is still no relief from banks, nor the oligopoly of phone companies in Canada (I’m talking ‘bout you Bell, Rogers, and Telus!). And if all that wasn’t bad enough, Edward Snowden’s revelations of state surveillance and CSEC’s home-grown spying operations have proved that our privacy and anonymity are a thing of the past. 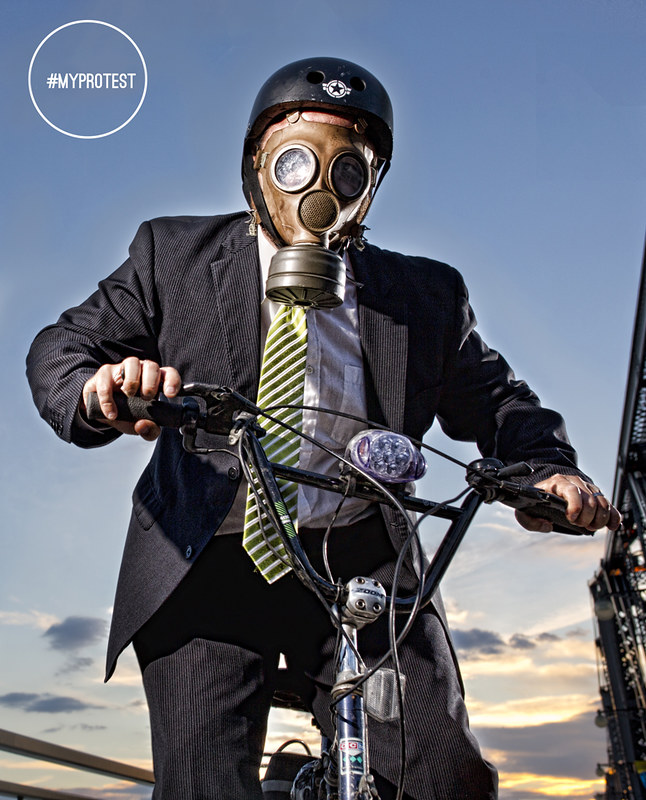 For the most part we’ve been a silent, overly obedient, apathetic crowd, unconditionally accepting the status quo. But with so many issues detrimental to our health, environment, economic wellbeing, sense of morality, and privacy, you’d think we’d be having weekly protests, no? So where are the protests, and would they even matter? Or is it time to find a different way to protest and reverse the status quo? This is how #MyProtest was born. This is what the ‘Protestism’ movement is about. #MyProtest is not a 1-day, 1-issue protest. It is an ongoing, loud, alternative, and peaceful demonstration. 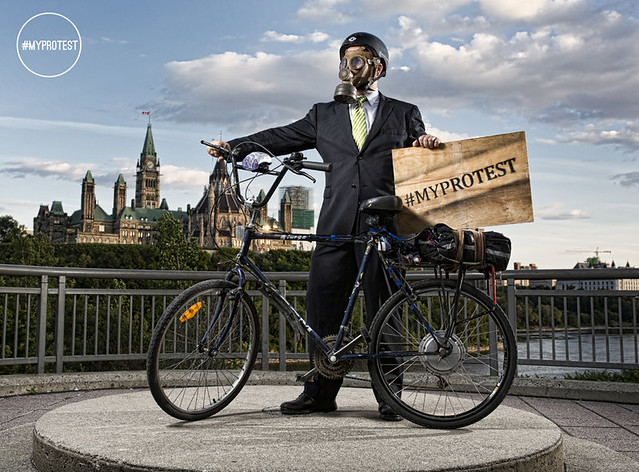 So if you are wondering “What the heck is this guy doing?”, I’m simply doing something. What is your protest about?

Visit the #MYPROTEST website to learn more about the art project: 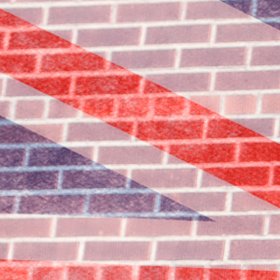 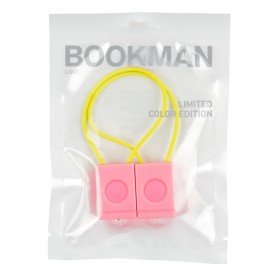