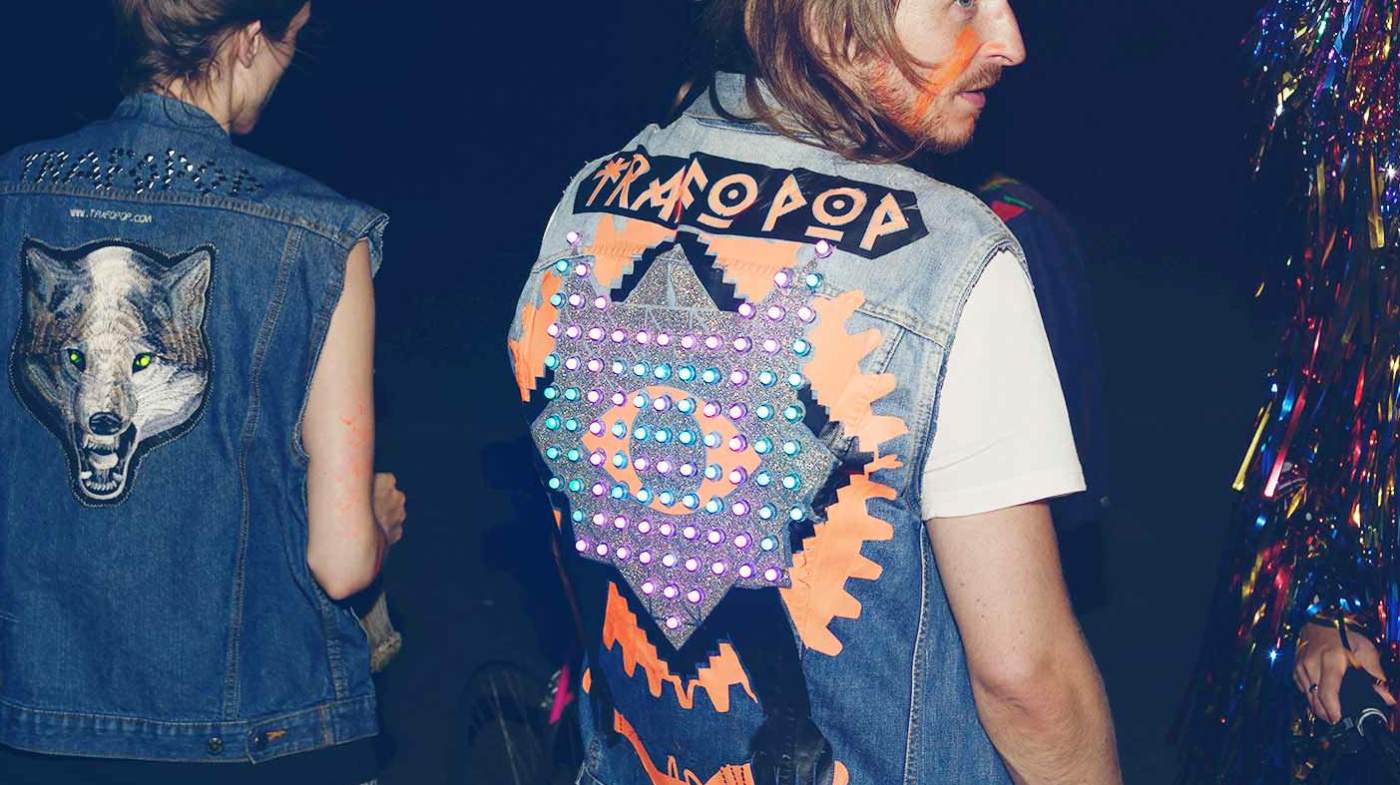 TrafoPop is my new obsession. I’m dying to take a trip to Berlin to meet these wonderful creative geniuses who design wearable electronics and go for awesome bike rides together showing them off. They’re right up my alley and so incredibly cool! Hope you enjoy the interview.

ALL PHOTOS COURTESY OF TRAFOPOP.

Who are the creative people in the group?

Everybody who takes part in Trafo Pop is a creative person, since each individual creates their own jacket. The focus of the whole group is about making stuff, exchanging ideas and coming together. There are some highly technically skilled people in the group, like Stefan and Hannah, who bring development of the technology to the table. Florian is more into photography and shot most of the pictures on our website. Thomas’s responsibility is art direction and bringing everything together. How did you guys come together?

We meet up at our Night Rides, where we bring our jackets to the streets in a form of a colourful illuminated bicycle swarm. That way the street becomes our space und the place we are belongs to us. There are also meetings at Fab-Lab berlin or in Thomas´ office, where we work on our jackets and gadgets. We also organize workshops where we teach people how to make their own jackets from scratch.

What kind of tools do you use?

We use good old sewing technology and scissors as well as laser cutters and programmable microprocessors like Arduino. Everything is allowed as long as it blinks. Are you just making jackets for now? Will you be expanding into other pieces of clothing, accessories?

We have made about a dozen jackets as well as a sophisticated handbag. At the moment we are working on Trafo Pop shoes, which we are really looking forward to!

Do you sell any of your creations?

We try to make people take part in our workshops and create clothing themselves, but if you have no chance to take part we would sell things as well. We don´t have a web shop though.

The workshop is aimed at people who are interested in sewing, textiles, fashion, Arduino technology or bicycle enthusiasts who want to make a fashion statement. The workshop is suitable for both beginners and experts, as the design does not end when you finish your jacket. You are invited to take part in our night rides as well.

So the workshop is two days and starts with some introduction in what we already made and what is possible. Then we think about your ideas and how we can do it. After that,  the hands on part begins and we cut and sew, iron textile foil or paint colours on the jackets. In the end we put on the LEDs and program them. Describe your nightrides, who comes out?

When the sun goes down,  it’s the moment where we actually show what we made, where we actually wear our jackets and meet up. It´s quite fun to wear a jacket like this but it´s even better to do it together with others in a light swarm. We also invite people to just join in even if they don´t have a LED jacket, it´s still fun to cycle together through the streets of the city.

We are planning to make it more easy to build a jacket and to handle the software you need, that way we can teach people through the web via videos how to make their own jacket. So we can reach people who don´t have the possibility to come to Berlin to take part in the workshops. It would be nice if even more people want to contribute to the evolution of the jackets and other wearable gadgets. Tell us about your style, it’s so colourful and fun!

As you said it´s about fun! It´s the main thing and I think it is what people can see in the jackets and the pictures on our website. As soon as you put on the jacket you are free to dress up the way you want, everything is allowed and that´s what leads to colours smoke bombs and neon make-up.

Really there is no favourite place although most of the time we ride in Berlin Kreuzberg, but maybe that´s why it´s close to where we live 🙂 Any favourite spots you like to stop at after a ride? 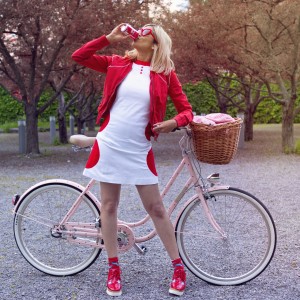 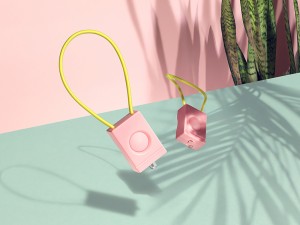