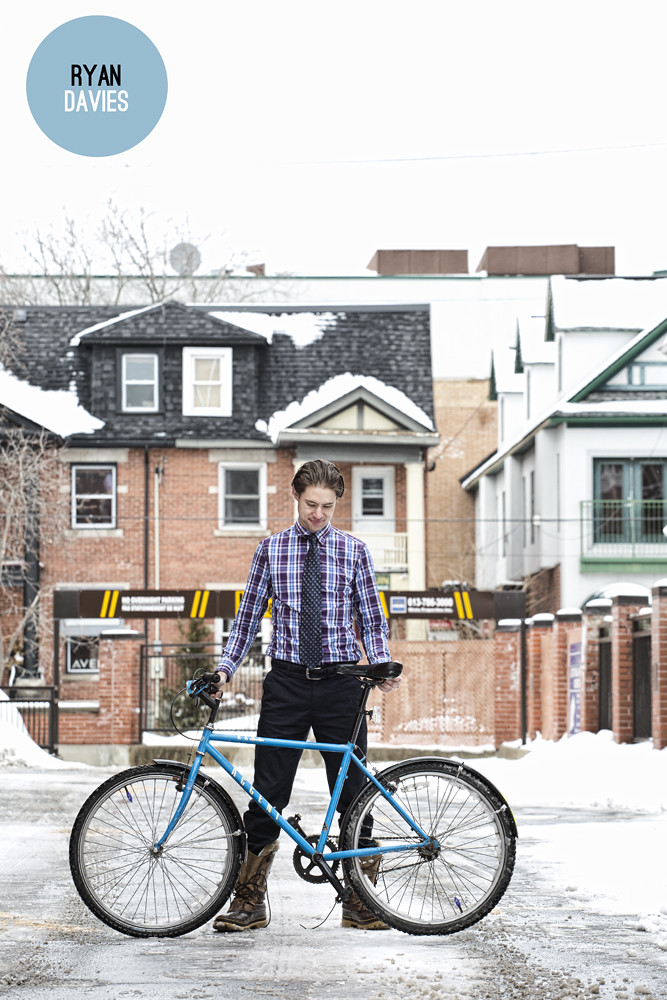 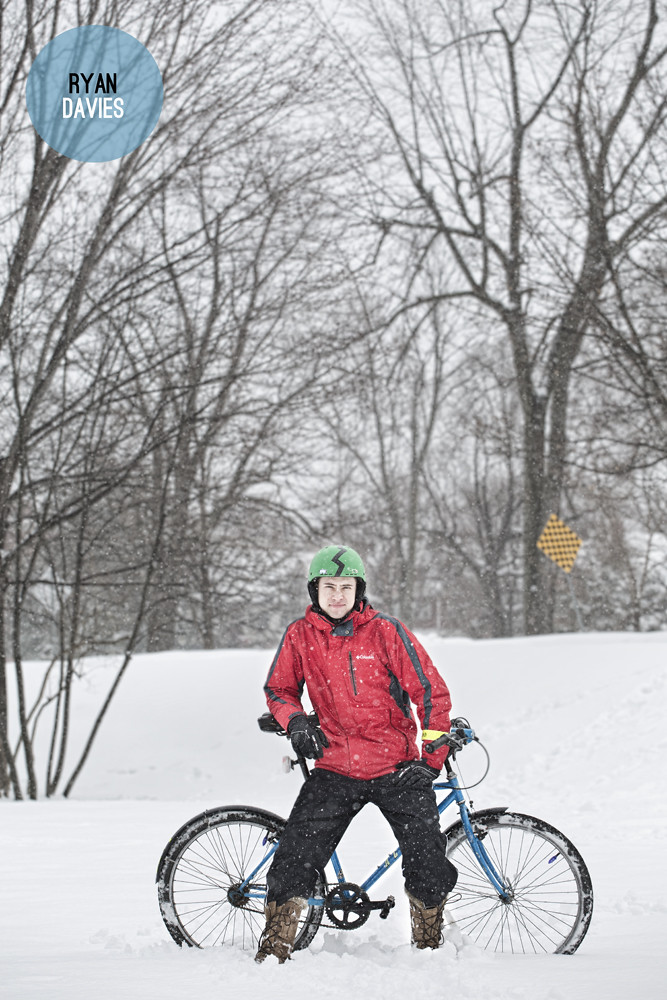 WHERE YOU HEADING: To work, downtown

WHAT ARE YOU RIDING: A steel mountain bike from my adolescence, converted for winter to single speed & studded tires. 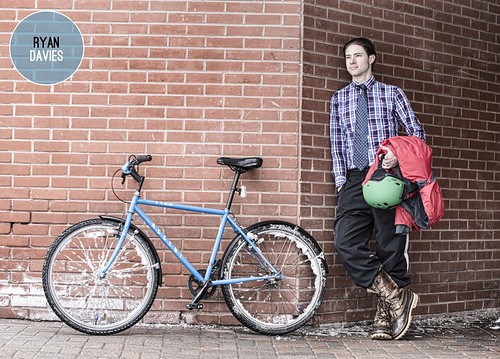 WHY DO YOU RIDE IN THE WINTER:Even when it’s -25°C, I’d rather be biking than walking (slow), bussing (less freedom), or driving (environmentally destructive, and expensive). Plus, the single most effective thing we can do to make cycling safer is to have more cyclists on the roads

IF YOU COULD CHANGE ONE THING ABOUT BIKING IN OTTAWA WHAT WOULD IT BE:I wish every driver was forced to spend a week on a bike. But, more practically, I’d like the Ottawa Police, during Cycling Safety Month, to hand out at least as many tickets to drivers who are endangering cyclists as to cyclists endangering themselves. Also, plowing of designated bike lanes would be nice: it’s just an extra metre of width on most streets. (Whoops — that was more than one thing!) 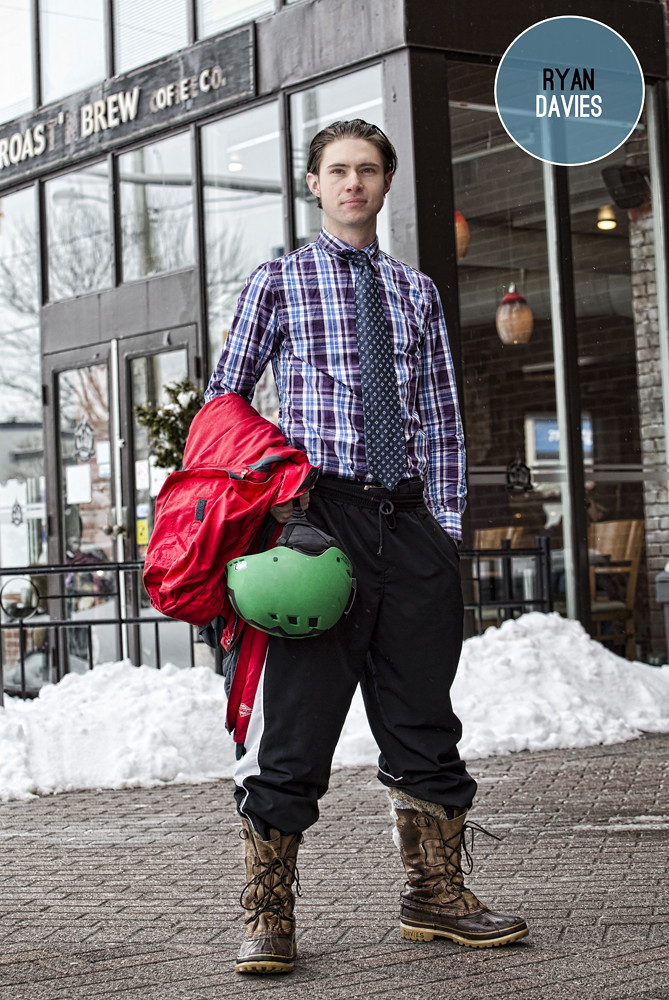 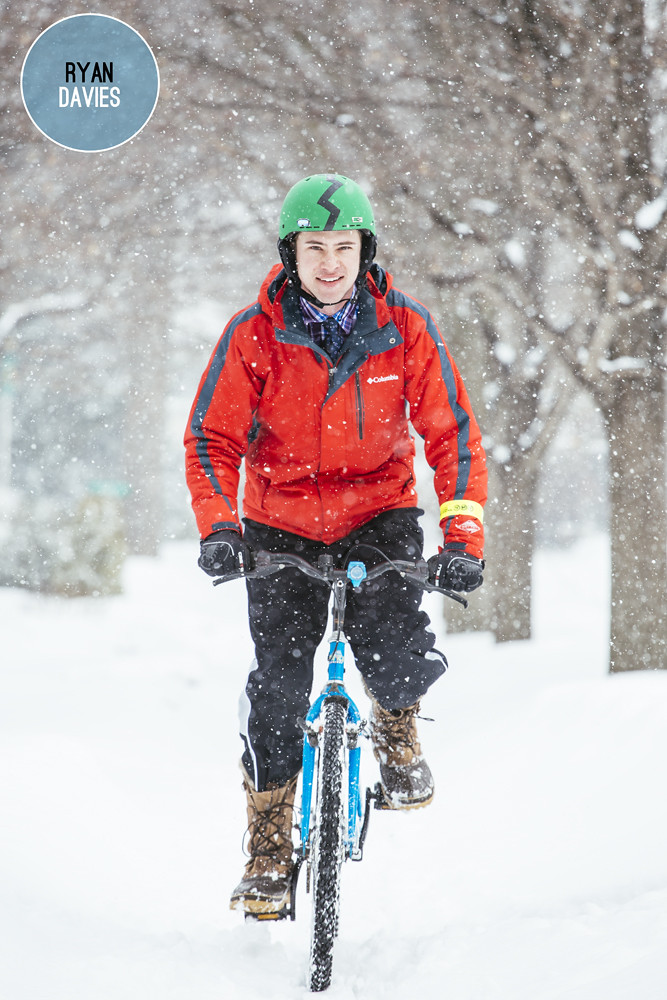 FAVOURITE PLACE TO STOP AFTER A RIDE:Bread & Sons bakery 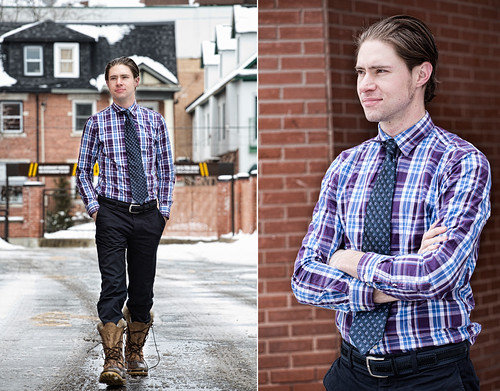 WINTER TIPS: Like with anything new, start small and easy. Don’t be in a rush, and stick to side streets until you get your confidence up. For cold days, bundle up, and make sure your face, neck, and ears are well-covered. Glasses fog up, so wear contacts. Ride an old inexpensive bike, but clean & oil it regularly; winter is very hard on bikes. Give yourself extra space, and avoid ice and ruts. As always, be as visible as you can and respect the rules of the road. And don’t worry: a “fair-weather” winter cyclist will still feel plenty impressive! 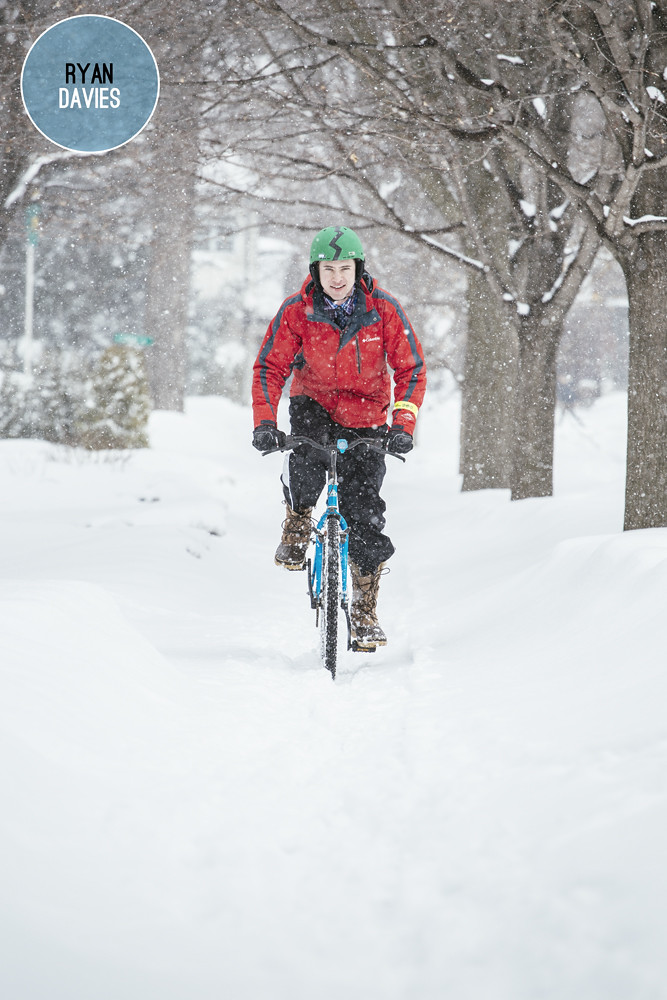